Newsletter Read I have authored and co-authored a wide range of books , reports and articles on creativity, the arts, education and cultural development. Here's a selection: Reports I have been chairman and principal author of several commissions to promote creativity and innovation in education, business and the community. All Our Futures: Creativity, Culture and Education In , Ken Robinson led a national commission on creativity, education and the economy forthe UK Government bringing together leading business people, scientists, artists and educators. The London Times said: 'This report raises some of the most important issues facing business in the 21st century. It should have every CEO and human resources director thumping the table and demanding action. The resulting blueprint for change, Unlocking Creativity, was adopted by politicians of all parties and by business, education and cultural leaders across the Province. 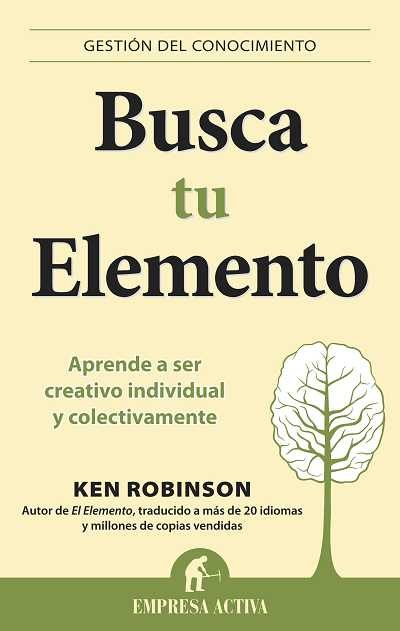 A Strategy for Development Sir Ken was a central figure in developing a strategy for creative and economic development as part of the Peace Process in Northern Ireland, working with the ministers for training, education enterprise and culture. The resulting blueprint for change, Unlocking Creativity, was adopted by politicians of all parties and by business, education and cultural leaders across the Province.

Information on the report and the Unlocking Creativity initiatives in Northern Ireland is available at: The Arts In Schools: Principles, practice and provision This report argues the case for the arts in schools and considers the consequent implications and conclusions.

Our conviction is that schools must develop broader not narrower curricula and that the arts have an important place within this approach. June Sir Ken Robinson: February April May Sir Ken Robinson has a lot to say about U. Creative Schools review — We need to call time on exam-factory education.

October I personally worked with him prior to his talk and I found him personable, charming and absolutely hilarious. He has set the bar very high, and I greatly appreciated how warm he was with our students while signing the books they bought. A number of people have commented on the talk—the humor, message and delivery were super.

Many of our attendees and Board members commented that he was one of the best keynote speakers CEC has ever had. His speech was engaging, humorous, on point, and connected with the work of special educators. Following the general session, he was gracious enough to stay for quite a while, talk to our attendees and listen intently to what they were saying!

Sir Ken Robinson was a true delight. Great message delivered with humor…most importantly he connected so well with the folks in attendance.