Right at the start of Dead Reckoning, Sarmila Bose makes an elaborate case for the soundness of her study, while trashing other works on the subject. Bose's book is about the bloody struggle in East Pakistan between freedom fighters on one side and the Pakistan Army and its supporters on the other in the final months leading up to birth of Bangladesh in Four decades later, as she says, there is a dearth of credible writing on the historic event. Casualty In war, truth, as the adage goes, is the first casualty. At best, what dispassionate historians of conflict hope to do is present a part, or some parts, of a complex, multi-layered story, and through that make for a better understanding of the whole.

Bose reconstructs events using extensive interviews conducted in Bangladesh and Pakistan, published and unpublished reminiscences in Bengali and English of participants on all sides, official documents, foreign media reports and other sources.

The chronicling of events through a multiplicity of memories reveals matters that had been previously unknown or poorly recorded. Moreover, 'contesting' memories reveal a reality diverging from the dominant narrative in crucial ways. It challenges assumptions about the nature of the conflict, and exposes the ways in which the conflict is still playing out in the region.

Bose's research has taken her from the archives to interviews with elderly peasants in Bangladesh and retired army officers in Pakistan. Her findings are significant. Subject to endless mythmaking and exaggerations in Pakistan, Bangladesh and their diasporas, all too rarely have these events been considered with the non-partisan care they deserve. Sarmila Bose's stunning Dead Reckoning is the first book-length study that meticulously reconstructs the violence based on actual evidence.

By showing how the terror of rape and massacre cut across many more cleavages of East Pakistani society than Pakistani and Bengali nationalists like to admit, her book is at once a correction of the record and a tribute to the virtues of humanistic scholarship. Written with courage and searing honesty, it will set anew the terms of debate about this dark chapter in the region's history. 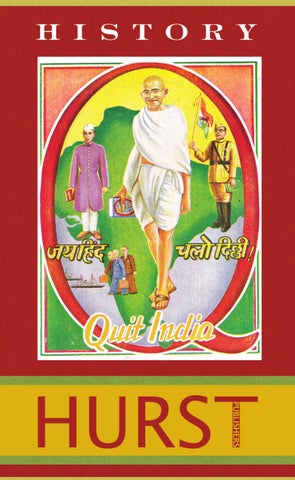 Navigating through rhe conflicting memories of] seemed a very similar journey. There is only partial visibility and many treacherous twists and turns, with plenryof room for error. Yet, by steering a firm course charred by an open mind, research based on evidence and corroboration, fairness to all sides and analysis anchored on data rhar you actually have rather than what you would have liked ro have, one is likely to arrive, inshaliah, ar rhe best approximation of the ideal destination.

It's e,zsier th. I was walking with my mother from our horne at 1 Woodburn Park co Necaji Bhawan, rhe museum and institute located in the older ancestral house, round the corner on Elgin Road.

This was unusual, bur chen, unusual evems were afom. Some kind of dreadful fighting had broken ouc in neighbouring Ease Pakistan and refugees were pouring inco our side of Bengal. My father, a paedia[! My older brorher had gone co visir there, but I was not allowed co go.

My mother was involved with other ladies in relief work for the refugees and I was accompanying her m one of rhese gatherings held on the ground floor ofNetaji Bhawan. We walked down the long driveway and our of the gate, and crossed Woodburn Road ro rum left cowards Elgin Road, and there I saw ir on the pavement-the body, already stiff but cleady recognisable, of our pet cat which had gone missing.

My mother finally led me away and we proceeded ro Netaji Bhawan. I didn'r register anything about the refugees that evening. All I remember is the kind face of Bina Das looking down towards me and saying in a gentle voice, 'Or prothom dukkho, ntl? Bina Das was a Bengali revolutionary. As a young woman she had shot at the British Governor of Bengal at a convocation ceremony in Calcutta University, and missed.

She spent many years in jail. The new rebels were called 'Naxalices' 1 and they were my incroduction to domestic politics in India.

If we were out early enough in the morning in those days, from the window of the car we might see a body on the road, uncleared debris from the previous night. I remember my mother crying to prevent me from seeing a corpse one day, while I, with a child's natural curiosity, craned my neck co look.

One morning as we were driving along che Maidan there was a strange thud from the Ambassador car in from of us and the body of a man flew out and hit a tree-trunk on the left. Everyone in our car thought he had been thrown from che back of che Ambassador.

The ocher car kepc driving and so did we. When I started research on the confl. He said that whatever he remembered about Bangladesh in was in recrospecc, as ac the time he had been coo discracted by people being killed by che regime in Wesc Bengal, on che Indian side of the border.

IfNaxalites were my introduction to domestic polirics, the Bangladesh war of was my introduction to internacional politics. The world outside the gates of 1 Woodburn Park seemed to be a disturbingly violent one. From what I could gather from fervent discussions among adults in Calcutta, a little more than two decades after the departure of the British, our Bengali brethren across the border were once again fighting for freedom.

This time, their fellow coun trymen from the other side oflndia-West Pakistan is-seemed for some inex plicable reason intent on killing them all. All the West Pakistanis seemed to be generals as well. Pres idem Nixon was backingPakistan.

Jndia had the support of the Soviet Union. Prime Minister [ndira Gandhi seemed to be taking on the world single-handed as India played whice knight co che beleaguered Bangladeshis.

Strangely, che existence ofEast Pakistan had barely couched upon our childhood until then, even though my maternal family was originally from there.

My grandparents spoke the East Bengali dialects of their respective regions, but they were long setded in Calcutta.

Dead Reckoning Memoir Of 1971 War Of Bangladesh By Sarmila Bose

But Bengali nationalism seemed to be sweeping Calcucca. We had a record ofa speech given by che fiery leader of che Bangladeshis, Sheikh Mujibur Rahman. It was played so many cimes chac I had the entire speech by heart and can still remember parts ofit. Edesher manushke mukto koira chharbo inshalhzh'. Since we have given our blood, we wi II give more blood. I will make the people of chis land free, God willing.

There had been a war between India and Pakistan just a few years before, when I was very small. Ac chac cime che people ofEasr Pakistan were fighting against India. I remember being afraid, and not understanding why someone would want to drop a bomb on us. It took a very longtime, especially the French windows to the verandah-three sets of which opened our from rht: drawing room alone. 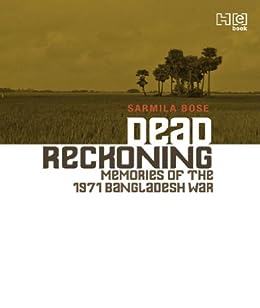 The other odd thing was the black paint on the cop half of che headlights of all the cars. This war was short-lived, however. India won, Bangladesh became free. The Indian army was led by Sam Manekshaw, who exuded a dashing 'can-do'. But the man of the moment was the commander of the Eastern command. General Jagjit Singh Aurora, a smardy turbaned Silch, framed for history as he sac wich a large man in a beret called General A.

Niazi, who signed che surrender documents on behalf of Pakistan. Sheikh Mujib, a prisoner in West Pakistan for nine months, returned to Dhaka to a hero's welcome. As we tried to get the sound right, I talked to General Aurora. I told him I was from Calcucca and remembered him as a war-hero.

For the most parr, however, General Aurora was agitated.

Later I heard that it had not gone as well with an Indian language programme and General Aurora had got upset. Here was the war-hero of pined againsr the very srace he had served, on che grounds of violation of the rights of his people. I thought I might write something about the irony. One wrote rhar 'his command did not cake him seriously as a fighrer because he did nor display che flamboyance of a soldiers' generaJ'.

By the time I mer him face to face, it was no longer possible ro discuss che derails of I 97 I with him. The result was a revelarion. General A. Niazi turned our to have a distinguished past and a rragic face. Honoured by the British with the Military Cross for his performance on che Burma front during the Second World War, he was a general who had lire rally fought his way up from the ranks and a humble background.

In his book and his discussions with me he condemned the way in which General Tikka Khan had conducted the military action in Dhaka on 25 March , bur also criticised General Sahabzada Yaqub Khan, the previous Governor, for copping out at the eleventh hour of the crisis.

But in the continuing absence of any political secdemenc, his men ended up fighting a wearying war against Indianassisred guerrillas for months and chen a full-scale invasion by India from all directions, helped by a population largely hostile ro the Pakistan army.

By all accounts the Pakistan army performed astonishingly well against India in Ease Pakisran under almosr impossible odds.

Indian accounts are predictably triumphal with regard ro viccory over Pakistan, with che memoirs of a few officers peppered wich self-promotion and derogation of ochers.

Most ofche key players did not publish memoirs. Pakistani discussions on are full ofbiner recriminations, mosdy with regard co losing co India, wirh deafening silence from the majoriry of chose who had served in Easr Pakisran.

Dead Reckoning - Memories of the 1971 Bangladesh War- By Sarmila Bose

The Bangladeshi refrain, by con erase, plays volubly and melodramatically on che theme of Pakisrani 'villains' and Bengali 'victims: often with scam regard for tactual accuracy or analytical sophistication. The material from al1 parties co rhe conflict is relentlessly partisan, with rhe Bangladeshi ones infused with a deep sense of grievance char their suffering has nor been given due acknowledgment in the world.

The conflict of , therefore, is in need of 5eriuus study in many aspects. Sisson and Rose did their research in the s, interviewing key players in Pakistan, India, Bangladesh and the Uniced Scares.